During the 6th edition of Lo Schermo dell’arte Film Festival (November 13-17), the jury, formed by Maria Lind, Adam Budak and Silvia Lucchesi, will announce the winner who will received 10,000 euros for the production of a new video project.

The winning video will premiere in the 7th edition of the Lo Schermo dell’Arte Film Festival in 2014. 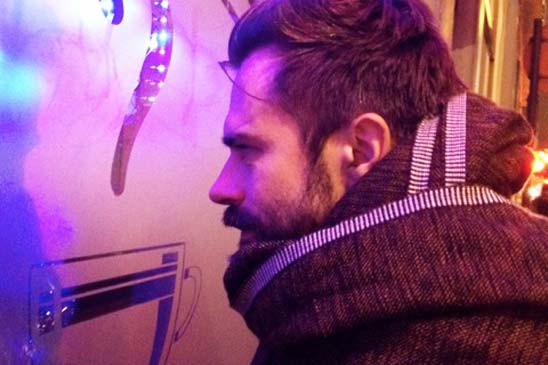 Is a writer and curator based in New York. From 1995 to 2006, he worked at the Contemporary Art Centre in Vilnius, where he produced the first two seasons of the weekly television show CAC TV, an experimental merger of commercial television and contemporary art. He curated the exhibitions Sculpture of the Space Age (David Roberts Art Foundation, London, 2009), Into the Belly of a Dove (Museo Rufino Tamayo Mexico City, 2010) and Repetition Island (Centre Georges Pompidou, Paris, 2010). 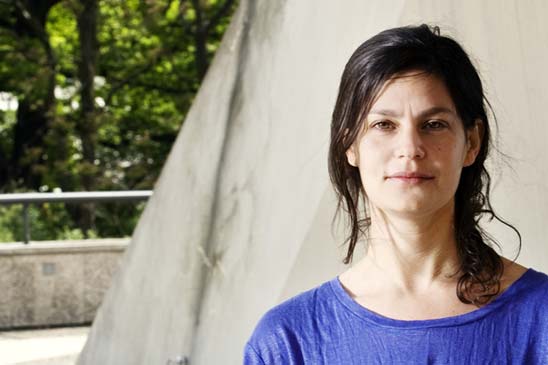 Is a curator and filmmaker based in Berlin. She has curated several solo shows and group exhibitions across Europe including: Keren Cytter: I Was the Good and He Was the Bad and the Ugly (KW Institute for Contemporary Art, Berlin, 2006), Justine Frank (1900–1943): A Retrospective (Extra City Kunsthal, Antwerp, 2009), Roee Rosen: Vile, Evil Veil (Iniva Institute of International Visual Arts, London, 2012). She was the co-curator of Manifesta 7 (Trentino South Tyrol, 2008). She is the founder and artistic director of the interdisciplinary festival Berlin Documentary Forum (Haus der Kulturen der Welt, Berlin) inaugurated in 2010. 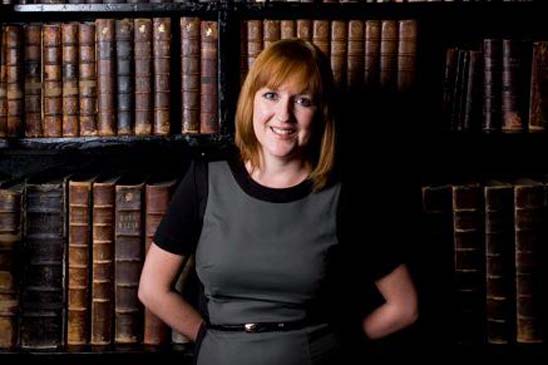 Sarah Perks is programme and engagement director at Cornerhouse, Manchester’s international centre for contemporary art and film. Sarah is a curator, programmer, film producer and distributor; currently co-curator of exhibitions including Anguish and Enthusiasm: What Do You Do With Your Revolution Once You’ve Got It? Sarah has worked with an extensive list of international artists and filmmakers including Phil Collins, Stanya Kahn, Rashid Rana, Andrew Kötting, Jeremy Deller, Gillian Wearing, Brillante Mendoza and David Shrigley. In 2011, Sarah set up Cornerhouse Artist Film, an innovative project across production, distribution and exhibition. Currently in production are two features films with artists Rosa Barba and Jamie Shovlin. 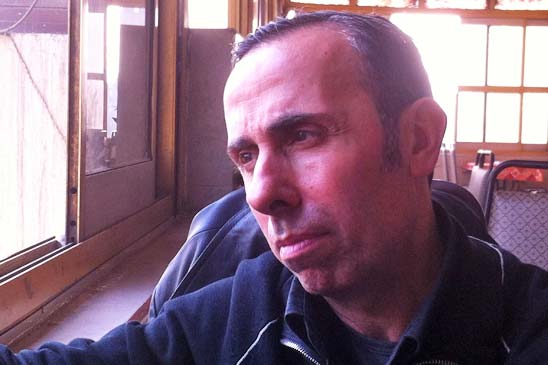 Works between Europe, Asia and the Arab world. He is an archivist, filmmaker, curator and cultural writer. His fields of specialties are the history of alternative aesthetics and constructed media, independent film and media research. Ramadan’s work intends to explore the role and implications of globalization on contemporary media and on the visual culture in modern society. Ramadan has occupied a variety of positions such as lecturer, advisor and curator, for among others, the Manifesta Foundation, Amsterdam, Finnish Art Council, the Danish Art Council and the Nordic Institute for Contemporary Art (NIFCA). He curated projects and cultural programs for institutions like, Maldives Pavilion at the 55 Venice Biennale, Manifesta 8 (Murcia), Museo Nacional Centro de Arte Reina Sofía, (Madrid) and Guangdong Museum of Modern Art (China). In 2009, Ramadan was given the Achievement Award of the 11th Cairo Biennial. Ramadan is member of the International Association of Curators of Contemporary Art (IKT) and The International Association of Art Critics (AICA).. 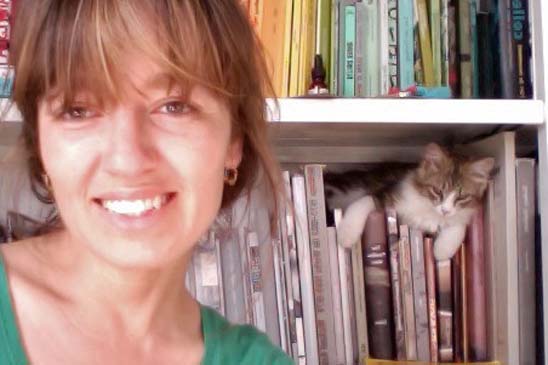 Is an art critic based in London. She has lectured at several universities and educational institutions in Europe and is currently teaching in the Department of Visual and Performing Arts of IUAV – University of Venice and in the Experimental Film MA program of Kingston University, London. She coordinated The most beautiful Kunsthalle in the world research and editorial project at Fondazione Antonio Ratti, Como, and collaborates with the Swiss Institute of Rome. Ramos is currently curator of Vdrome, a programme of screenings of films by visual artists and filmmakers. She is former Associate Editor of Manifesta Journal, former curator of the Research Section of dOCUMENTA (13), and co-author of the book Lost and Found – Crisis of Memory in Contemporary Art (Silvana Editoriale, Milan, 2009). 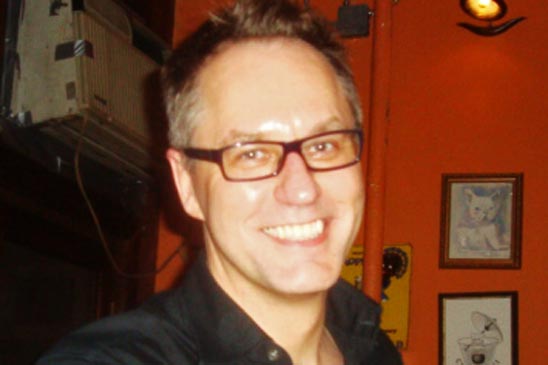 Is a curator and writer, based in Washington DC. He has been curator of Contemporary Art at the Hirshhorn Museum and Sculpture Garden, Washington DC, and at Kunsthaus Graz, Austria. He has curated a large number of international exhibitions, including solo shows for John Baldessari, Tatiana Trouvé, Cerith Wyn Evans, and Monika Sosnowska, as well as thematic exhibitions, such as Human Condition, Anabasis. Rituals of Homecoming and Passion of an Ornithologist. Budak has contributed to two editions of the Prague Biennial (2003, 2005) and to the Venice Architecture Biennial (2004). He was co-curator of Manifesta 7 (Italy, 2008). Most recently he curated a survey exhibition of Sharon Lockhart (Centre for Contemporary Art Ujazdowski Castle, Warsaw) and the Estonian Pavilion of 55th Venice Biennial. 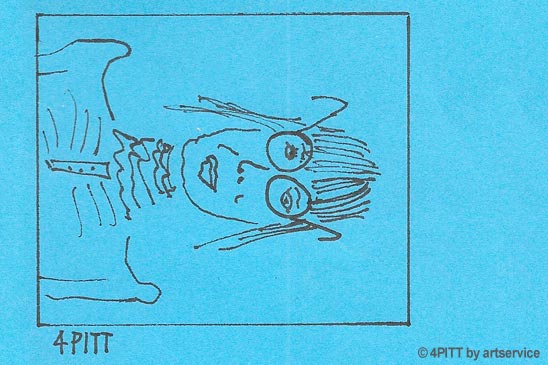 Is a curator and critic based in Stockholm. She is the director of Tensta Konsthall, Stockholm. 2008-2010 she was director of the graduate program, Center for Curatorial Studies, Bard College (NY). 2005-2007 director of Iaspis in Stockholm. 2002-2004 she was the director of Kunstverein München where she ran a co-curatorial programme which involved artists such as Deimantas Narkevicius, Oda Projesi, Annika Eriksson, Bojan Sarcevic, Philippe Parreno and Marion von Osten. She was co-curator of Manifesta 2 (Luxembourg, 1998). From 1997-2001 she was curator at Moderna Museet in Stockholm working with artists such as Koo Jeong-a, Simon Starling, Jason Dodge, Esra Ersen and Liam Gillick. She has contributed widely to newspapers and magazines, catalogues and other publications. Among the books she co-editing: Curating with Light Luggage and Collected Newsletter (Revolver Archiv für aktuelle Kunst), Taking the Matter into Common Hands: Collaborative Practices in Contemporary Art (Blackdog Publishing), The Greenroom: Reconsidering the Documentary and Contemporary Art (Sternberg Press), Contemporary Art and Its Commercial Markets: A Report on Current Conditions and Future Scenarios and Performing the Curatorial: With and Beyond Art (Sternberg Press). She is the 2009 recipient of the Walter Hopps Award for Curatorial Achievement. 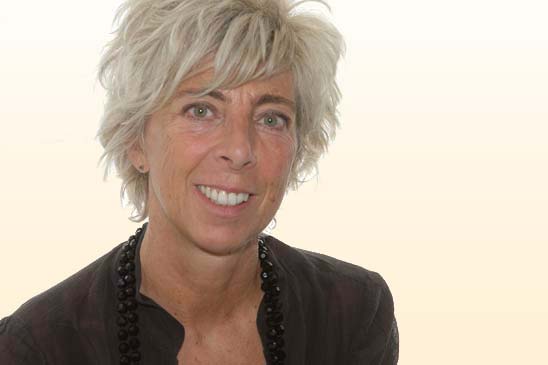 Since 2008, she has been director of Lo schermo dell’arte Film Festival, which she co-founded.
She is film and video program curator: Atlas of the Future. Visions on Scenarios To Come, (CCC Strozzina Firenze, 2008), Cinema e Arte for Festival dei Popoli (2005-2007), Before and After the Revolution: Italia Anni 1962-72 (Walker Art Center Minneapolis, 2001).
She is authoress of books, among them: Bulletin #1. The Documentary in Contemporary Art Practice (Berlin, Archive Books, 2012); Cinema d’artista. Toscana. 1964-1980 (Regione Toscana-Centro per l’arte contemporanea L.Pecci, 2005); and essays on the relationships between art and cinema, and on modern and contemporary Italian art. Among the exibitions she has been curator are: Francesco Lo Savio (Centro per l’arte contemporanea L. Pecci, 2004). She is director of documentaries on art and film producer.
Visiting professor at CdL Pro.G.E.A.S./University of Florence (2002-2010). She was contemporary art consultant at the TRA-ARTProject/Regione Toscana (2002-2007). Since 2000 she has been a consultant to Ars Aevi, Contemporary Art Museom Sarajevo.