MOVING ARCHIVE is a social inclusion project dedicated to the investigation, through cinema and art, of social, geopolitical and environmental issues that affect the contemporary world: a programme of free meetings and screenings lasting six months (December 2019 – May 2020), that takes place in upper secondary schools, libraries and cultural recreational clubs based in Florence and in six neighbouring municipalities, addressed to a intergenerational public of citizens who study, live and work in the suburban areas of Florence.

China’s Van Goghs by Yu Haibo, Yu Tianqi Kiki, China/Netherlands, 2016, 80′
The film describes an artistic workshop situated in the city of Dafen, located in the Shenzhe region, in the south of China. In this laboratory young lowborn people work to produce copies of Van Gogh paintings, which are then shipped and sold all over the world. The owner, Xiaoyong Zhao, has the dream of visiting the Van Gogh Museum in Amsterdam to see the real paintings of his beloved master. China’s Van Goghs is a film focused on the artistic aspirations of a simple man whose life is completely absorbed by the trade of canvases whose stereotypical subjects are repeated endlessly. Zhao, after a life spent in direct contact with the art of the master, is able to understand the value of his own free creativity. In the background, there are the contrasts of a fast developing country, of which we know just a part, where the workers work from dawn to dusk, the taxi drivers hold Mao’s santini on the dashboard, and young painters live the globalized myth of a famous western artist. The revealing moment of this vivid documentary is the scene where Zhao and his workers watch the famous film by Vincente Minnelli, Lust for Life, where a tormented Kirk Douglas plays the Dutch master.

Kusama-Infinity by Heather Lenz, USA, 2018, 85′
Yayoi Kusama is almost 90 years old. After 30 years in a psychiatric institution in Japan – she suffered from hallucinations, obsessive-compulsive behavior and depression as a child – and after at least two decades of anonymity, the Japanese artist isnow a giant figure in the contemporary world scene. In 1993 she represented Japan at the Venice Biennale – after being driven out in 1966, when she performed without authorization and sold pieces from her Narcissus Garden installation for two dollars a piece.
Born in 1929 to a conservative family in rural Japan, she expressed early on a desire to move to America and make art. She arrived in New York in 1958. In the 1960s she attracted critical attention with paintings of obsessively colored dots, and nude happenings that were often interrupted by the police.
Nominee Grand Jury Prize Documentary Sundance Film Festival 2018, the film contains interviews with her friends,collaborators, art world colleagues and various scholars, as well as excerpts from her diary and letters, including those she sent to American artist Georgia O’Keeffe when she was very young.

Le ceneri di Pasolini by Alfredo Jaar, Italy, 2009, 38′
Jaar tells the story of Pasolini’s life and of his tragic death in a documentary film constructed with excerpts shot by Jaar and others shot by Pasolini. Other archival material and interviews is used in which Pasolini denounces the stereotyped homologation, induced by a consumerist society.

Thomas Hirschhorn – Gramsci Monument by Angelo Alfredo Lüdin, Switzerland, 2015, 94′
Gramsci Monument, an homage to one of the 20th century’s most important philosophers, is the installation which Swiss artist Thomas Hirschhorn–who was present at this year’s Biennale di Venezia–produced in the summer of 2013 for the Dia Foundation at Forest Houses, in The Bronx, New York. The site-specific monument was conceived as a place made up of different ambient spaces: laboratories for art- and political workshops, a library, and play-areas for children. Famous for provocative works which confront social themes, Hirschhorn lived with the neighborhood’s residents for five months and dealt, not always peaceably, with their different realities and ethnicities. A shared human experience was his attempt to divulge the Italian philosopher’s thought, and to build a temporary monument destined to remain in the collective memory. Director Angelo Lüdin shot the various phases of the work, documenting the active collaboration of a poor and isolated community.

Waste Land by Lucy Walker, United Kingdom, 2010, 98′
The documentary is an extraordinary portrait of Brazilian artist Vik Muniz, and the touching story of his experiences with the over 3000 catadores (scavengers of recyclable materials) at the world’s biggest garbage dump, the Jardin Gramacho, located among the favelas of Rio de Janeiro. Muniz has dedicated his series Pictures of Garbage to them, after having involved them for over two years as protagonists and assistants in the production of portraits and revisitations of some of the most famous masterpieces of contemporary art. As with his sugar-children series, which focused on the faces of the children of Central American plantation laborers, the images chosen by the artist, and the materials taken from the dump which are used to re-draw them, are inextricably linked to tell the people’s stories. Originally from Sao Paulo in Brazil, where he spent his childhood and adolescence, Muniz shows through his work that art and beauty can cause change, redemption and genuineh uman enrichment. Awarded prizes at Sundance and in Berlin, where it also won the Amnesty International Award, Waste Land’s soundtrack is by Moby.

Women Are Heroes by JR, France, 2010, 88′
In 2007, French street artist JR, who arrived in Naples with his Inside Out project at the first Sky Arte festival in May, embarked on a trip to Africa, in order to highlight the dignity of women forced to live in extreme poverty among civil wars, violence and all kinds of everyday battles. Women Are Heroes, an artistic project that became a film, took him to Kenya, Brazil, India, and Cambodia over the course of four years. The protagonists are women who struggle boldly despite the incredible difficulties of their lives. JR portrays their faces on huge posters, which he puts up in the most diverse locations: the sides of the train wagons in Kenya, the barracks of Brazilian favelas, and buildings in cities like New York or Paris. Photographic evidence becomes a message of hope in changing the social contexts of extreme poverty and violence in which some women have to live. The original soundtrack is by two famous trip-hop names: Massive Attack and Patrice Bart Williams.

Lecturer in History of contemporary art at the Accademia di Belle Arti of Florence and author of “Arte, ambiente, ecologia” Postmedia Books, 2019

Art historian and co-founder of the cultural association [chì-na] 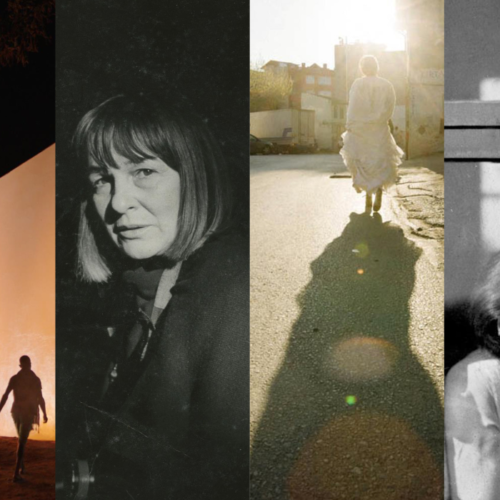 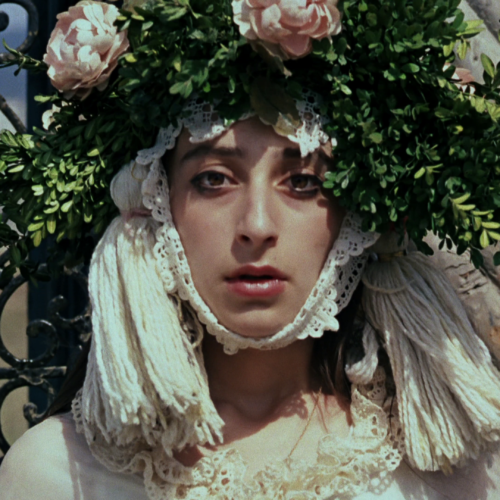 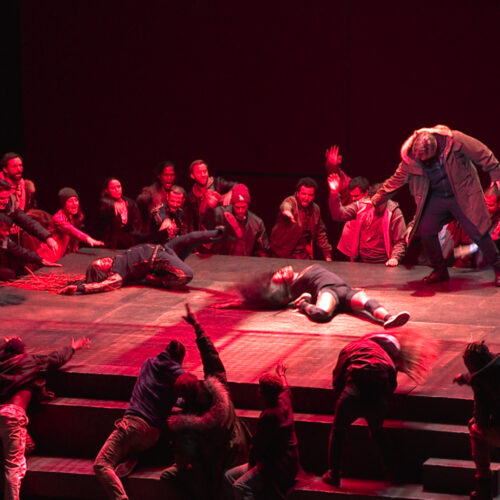 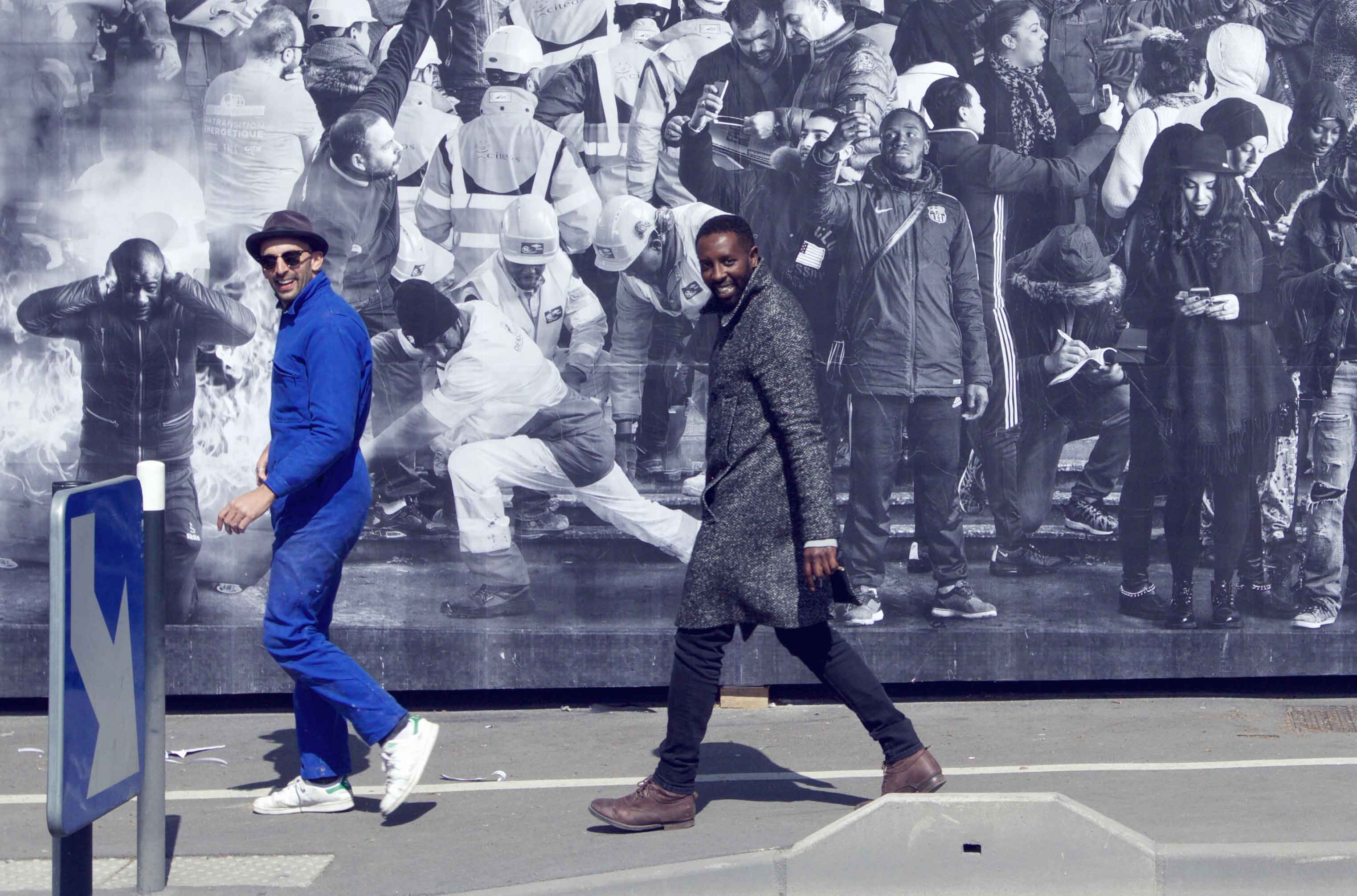 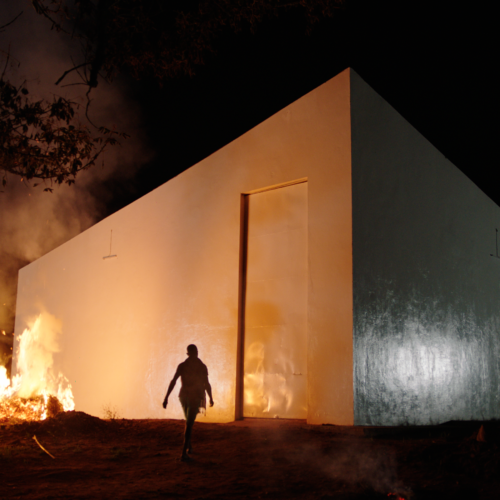